The Difference between Meat Stock and Bone Broth for GAPS 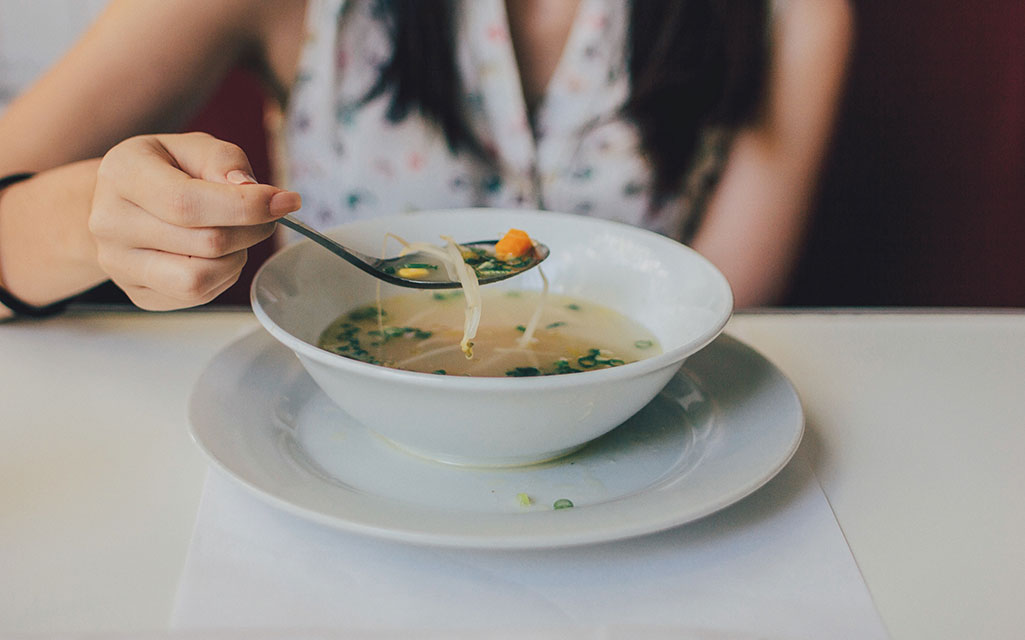 When Katie started drinking broth on the GAPS Intro Diet she felt even more bloated than before and had headaches every day. She thought it was a die-off reaction, but when it didn’t stop after a whole week she came to me for help. I asked her exactly how she was making her broth, and she explained that she was slow cooking bones and meat for at least 24 hours, like she learned on a popular Real Food blog. I suggested that this might be the issue, and that she should try making meat stock for the first few months of GAPS instead.

You, like Katie, might be wondering what’s the difference between meat stock and bone broth? In the Gut and Psychology Syndrome book, Dr. Natasha Campbell-McBride refers to both meat stock. It’s easy to get confused by these two terms, especially because Dr. Natasha refers to them the opposite way that chefs refer to them.

For the GAPS Diet, meat stock refers to a piece of meat on the bone that’s cooked just barely covered in water for 2 to 3 hours at a simmer. The benefit of meat stock is that it’s more gentle and easy to digest and it’s what to use on GAPS, but particularly during the GAPS Intro Diet. If you have a diagnosis of Small Intestine Bacterial Overgrowth, or SIBO, you want to stick with meat stock. Bone broth has nutrients that are broken down, called glycoproteins, and these can actually act to feed SIBO bacteria.

Bone broth is described as bones with or without meat that are long simmered on the stove for somewhere between 6 to 36 hours over a very low heat. The benefit of bone broth is that as you slow cook the bones for a long time, more of the minerals and other nutrients are drawn from the bones and imparted into your broth. In the long run bone broth is useful for helping you re-mineralize your body. You have to make sure that you can tolerate bone broth before you start it.

I’m not a fan of simmering bones all by themselves. I actually find that that’s not super flavorful, so even when I make long cooked bone broth I always add a little bit of meat, or I’ll use a cut of meat that’s already on the bone. I just find this makes for more flavorful stock. 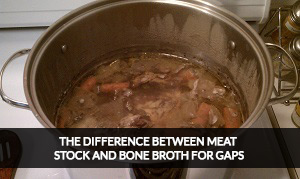