Should I leave out the foods that I’m sensitive to when I start GAPS? 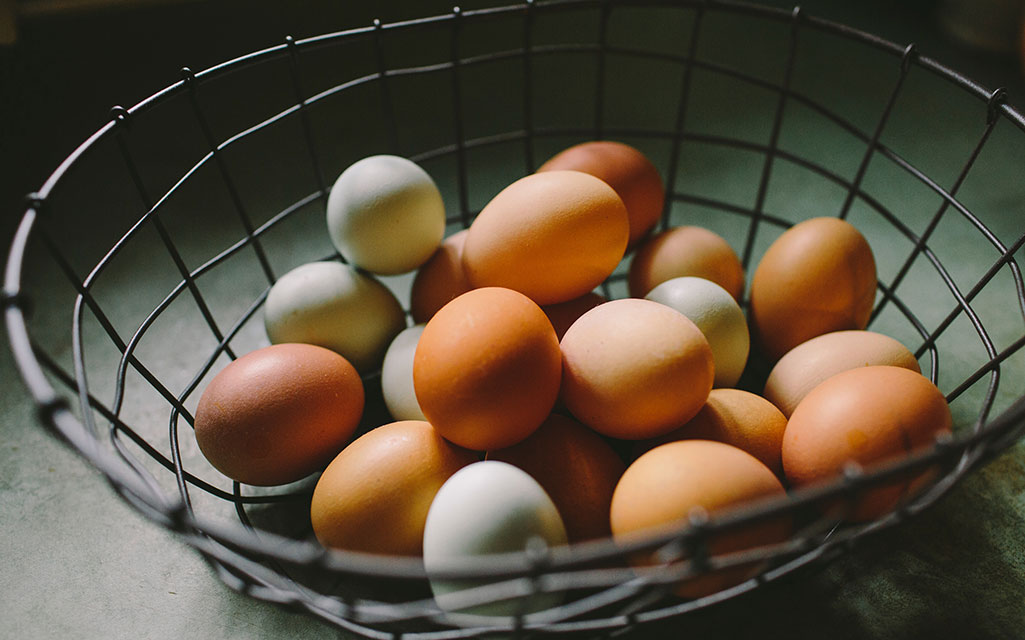 I get asked this question all the time by people beginning the GAPS Diet™: Should I leave out the foods that I’m sensitive to when I start GAPS? It’s usually at a consultation when they explain some type of allergy testing they’ve had recently and show me the list of 20 or 30 allergies and sensitivities in their results.

The first response to allergy testing is to avoid the foods listed. However, many people don’t feel better, and some develop new sensitivities, because avoiding what you’re allergic to doesn’t get to the root of the issue – which is your leaky gut.

Pathogenic microbes in abnormal gut flora produce toxins that dissolve the glue between the cells in your small intestine and open the “tight junctions.” The gut then becomes porous and leaky, allowing substances through which shouldn’t be there. Then your immune system finds these partially digested foods in the blood, doesn’t recognize them as food, and attacks them. This is how food allergies and intolerances develop. So, there’s nothing wrong with the food, it’s the damaged gut lining that causes this phenomenon.

So, should you leave out those foods you reacted to on your test?

My answer: If you have a known food allergy or sensitivity you should leave it out of the GAPS Diet for the first 6 weeks. Then you can try the Skin Sensitivity Test (p. 120 of Gut & Psychology Syndrome book) or the Pulse Test with each of those foods as you introduce them. Still have a reaction? Try again in another 6 weeks. No longer reacting? Add it in gradually just like all the other GAPS foods you’ve introduced.

Sometimes people discover that they can have a little bit of one of the foods they’ve been sensitive to and it doesn’t cause problems, but if they have it every day, or if they have it in large quantities, it does create issues.

If you’ve had a lifelong allergy to the protein component of a food (IGE reaction) you’ll probably need several months or more of healing before you can safely have that food again. I think it’s worth testing a tiny amount every six weeks after your main GAPS symptoms have improved a lot. For example, if you’re an adult who’s been allergic to milk your entire life, don’t expect that you’ll tolerate it after 6 weeks on GAPS. Six or eight months is more likely.

So the short answer is, yes leave out any food that you tested as being sensitive to, but not forever. 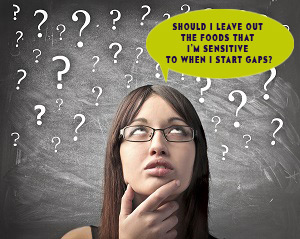 The No-plant GAPS Diet for SIBO